Was chief projectionist at the Mayfair Cinema on Aigburth Road from 1947-1973.

It was his skills as electrician that led him to life as a cinema projectionist. Although he enjoyed being a projectionist very much, had fun and lots of good times he doesn’t think he would ever want to do it again.  “we never saw the light of day, we worked long hours and the pay wasn’t that good either”

Cinema managers often warned their staff not to engage in romantic relationships with other staff members.  The usherettes and the sales girls were the only other people the projectionists saw, so it was quite common for the boys to court the girls they worked with and quite often they married and lived happily ever after.

Brian met his wife whilst she worked as a sales girl in the Mayfair Cinema – being an able electrician he knew how to light up her life.

A short film about the life of our Liverpool Projectionists

Scroll down to view more videos and images 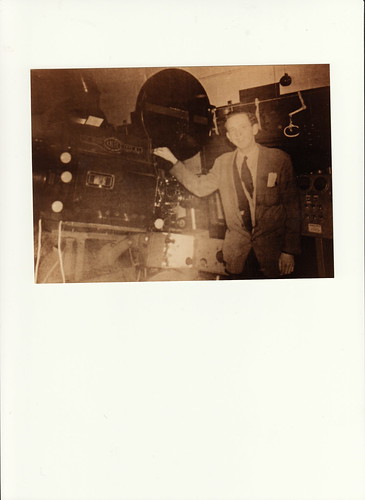 “People thought all we did was just show pictures”