Constructed of rustic red bricks and grey stone, a design for a modest cost with no frills to keep it simple, whilst  allowing scope for any alterations with any future innovations that may bring about change in shows. Seating capacity for 1,500 with 1,120 in the stalls and 388 in the balcony.  The building and equipment cost £25,000.

The stage with a proscenium opening of 50′ beautifully lit with baton and footlights.  Still keeping with the glamour the proscenium front was painted old gold with a huge stage curtain made of velvet rich in colour.  The Reo was the first cinema in Liverpool to open without motor generators, Hewitt rectifiers were installed to guarantee a brighter picture whilst saving on electricity.

The Reo was advertised as the Bohemian Rendezvous of the North, with a gorgeous cafe and spacious parking.  Daily matinees at 2.45pm with continuous performances from 6.30pm, bookings were free with entrance prices 7d and 9d stalls and 1/- for the grand circle.  The Reo was well attended with this programme however by the end of 1950’s performances where reduced to evenings only.

CinemaScope was installed in 1955 and the cinema survived for 6 more years.  However unruly elements caused damage to the furniture and many disturbances so attendances plummeted.

It’s last performance was on 14th January 1961, with a double feature Watch Your Stern with Kenneth Connor and Clue of the Twisted Candle with Bernard Lee. In 1998 the building was demolished.

“If we had no money to go to the pictures, then we’d collect jam jars because you’d get a penny for it at the shops. It cost a penny to get in, we’d see a a short film, a cartoon, news, feature and advertisements all for 1d”. 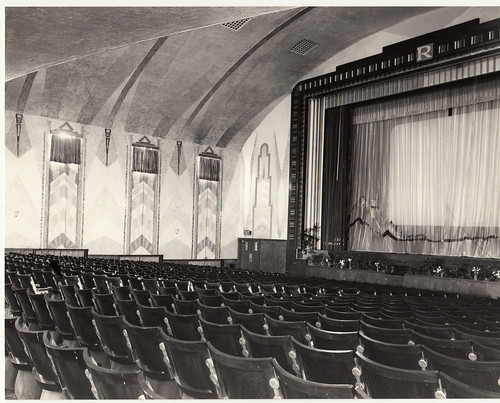