It was considered the finest of the  super-cinema’s costing £50,000 excluding the land and took 200 men to build in 9 approx months. The interior design was spectacular, an example of this was the flooring made of wood mosaic with a decorative motif of musical notes. The 10′ wide staircase in green terrazzo had an ornate balustrade in polished copper and aluminum. The magnificent ceiling, composed entirely of large domes in iridescent gold and each one individually illuminated.The auditorium could seat 1,126 downstairs, and upstairs in the balcony 744. The seating was designed especially for good lines of sight from any seat regardless.

Duosonic, full range, sound equipment and Magnus projectors were installed, together with public address system, arc lamps, special effects projector and the marvelous Multitone Telesonic deaf aid equipment which did not require electricity, being a small radio instrument which could be carried to any seat.

There was a cafe, where you could purchase chocolate, cigarettes and ices, also a considered luxury was a spacious car park in front of the building.

The cinema changed ownership a couple of times and in 1954 Bedford Cinemas owned it and installed a new wide screen for 3D films,  Kiss me Kate and Hondo was sceened and from then on used more regularly for CinemaScope.

1960 was the most important year in the Abbey’s history, it closed and then reopened as Liverpool’s only Cinerarma costing a total £105,000.  This means 3 projectors instead of 1 projector was used for screening but because of this adjustment to house the new equipment some seating areas were lost and total seating was reduced to 1,260.

It also housed a licensed bar a first in any of the Liverpool cinemas. Cinerama was a great success initially, however due to the lack of productions after this to use 3 lenses, it closed in 1964, for a couple of days and reopened using 1 projector to screen  It’s a Mad, Mad, Mad, Mad World.  Cinerama films ended in 1971.

The cinema slowly went into decline and with a final performance on 4th August 1979 with the epic disaster film Towering Inferno The Abbey Cinema closed it’s doors forever shortly after.

“When I was boy I used to watch films with the ‘Yanks” on their base. We went to Walton cinemas and bunked in. I remember going to see the first 3D movie, House of Wax

I remember Me and my father were in a cinema in Wavertree when the war started he was the head air raid warden. (this may not be the cinema the lady was in however it is a wonderful story) 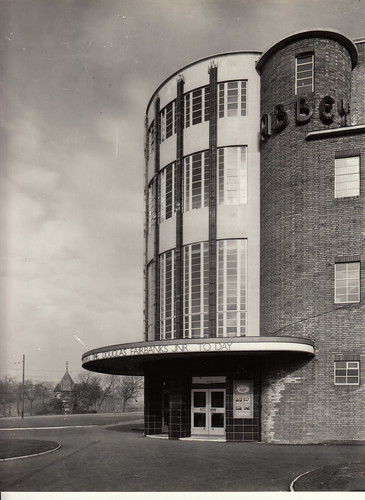 Jim Wood once a projectionist at the Abbey
by Frank Baker

Once a chapel before it’s conversion into the Cameo Cinema, some of the buildings architectural features still remained visible.

With the first cinematograph license granted on 4th March 1926 to the managing director of Bedford Cinemas `John F. Wood, close to this date the New Cameo Picture House was opened.

With seating for 690 patrons, this was a relatively a small cinema.

GTC took over In 1928 in the amalgamation of circuits under the control of GB.  The cinema closed in 1930  and  on 25th October 1937 controlled by GB re-opened in a grand style.

Even though this was a small cinema and out of town, it was very popular and well attended.  The performances were of a mixed selection including circuit and other release films for 3 days only, following runs at the more prestigious cinemas.  The policy of mainly double features was continued from June 1948 another amalgamation by CMA with the Odeon and GB circuits. T

The Cameo made front page news after an uneventful evening on 19th March 1949 were the manager Leonard Thomas and his assistant, John Catterall were both murdered by a gunman who shot them and ran off with the takings, a very small sum of £50.  The shootings happened around 9.30pm shortly after the audience had settled down to the start of the feature film Bond Street.

A news paper cutting headlined ‘Remains exhumed, The remains of an innocent man wrongly executed for murder were being exhumed today 56 years – after his death. George Kelly was hanged in March 1950 at a Liverpool prison for the murder of two cinema workers. His conviction for the 1949 murders was quashed in June 2003 by the Court of Appeal. But his body was buried in a prison grave and had later been turned into a car park. Part of his punishment was the denial of a lawful and christian funeral, according to his family.

Despite a small screen 23′  it still managed to show CinemaScope films.  The final programme on the 5th January 1957, was a double feature with Alan Ladd, starring in Calcutta and Frankie Howerd, in The Runaway Buses, the cinema closed it’s doors.

For many years the building was unused and now it’s a site where houses have been built upon.

“I used to go to the Cameo, I spent a lot of time at the cinema but now I’m addicted to the television”

The Grand Cinema was purpose-built and erected near to the electric tram sheds.  This was not a large cinema with a seating capacity for 824 patrons.  The building had a wide frontage with an elaborately carved feature, an attractive stained glass window and a wrought iron verandah bearing the name.

The foyer was decorated in Wedgewood blue panelling. The stalls, seating, carpets and curtains were of similar colour.

The operating box had GB projectors with a throw of 85′ showing a 17′ picture.  The screen was set in the centre of gold-embroidered curtains,above the stage was decorated by flowers and plants.  A piano was provided for musical accompaniment in front of the stage until later when an orchestra was engaged.

Less than two years later the Grand was one of the few Liverpool cinemas to show Edison Kinetophone Talking Pictures, this was a sound-on-disc system introduced on 26th April 1915, with special posters advertising that the human voice could be synchronised with moving images.

The cinema became a GB cinema in 1928 showing later runs of circuit releases for 3 days only and by November 1952 the audiences dwindled resulting with evening only performances.

CinemaScope began on 4th August 1955 although the Grand had insufficient width, continued showing The Black Shield of Falworth starring, Tony Curtis, but this did not improve the admissions.

The Grand was one of three Rank cinemas to close, it’s last performance was on 29th September 1956 with Indian Scout starring, George Montgomery and The Lyons in Paris.

The site later became a petrol station and a car showroom.

A large sign illuminated from the front of the Magnet cinema,  lit by 10,000 candle power electric lamps. The auditorium was of the stadium- type and could seat 1,038.

The cinema was registered on 6th May 1914, a license was granted on 11th December 1914 and opened shortly afterwards.

The Magnet was taken over in 1928 by Denman Picture Houses Ltd and opened for the talkies 21st April 1930 with Sunny Side Up starring Janet Gaynor and Charles Farrell.  Admission was 5d – 1/-.

The Magnet was well attended until the 1950’s even though it had strong opposition  in 1939 was the Super- Cinema the Abbey.  CinemaScope was installed 1955 and on 21st March sceened Sign Of The Pagen featuring Jeff Chandler.  Performances were continuous with the final one 23rd May 1959 with Man Of The West, starring Gary Cooper and Hong Kong Confidential.

Later to become a squash club.

“I was a Teddy girl back then and my boyfriend was a Teddy boy, we never saw the film, we’d snog on the back row” 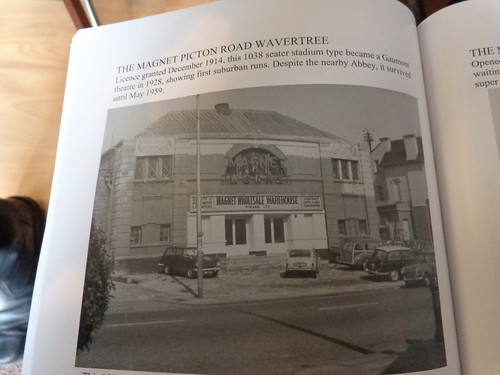