Film, stage, TV, pop star and author of Now You See Me is one of Liverpool’s most colourful characters – once dubbed the Queen of the Mersey.

Her starring role in the mould-breaking, Letter To Brezhnev, was only the tip of the ice berg for this multi-talented all-rounder.

She went on to become a household name in such TV hits as Clocking Off, Coronation Street and many others.  She also excelled as a TV presenter on The Good Sex Guide.

Margi is the first to admit her career has had many up and downs but she always rises above it and ready to tackle anything life- on and off screen- throws at her.

Despite her mainstream success, Margi believes her best work has been in the art house world in such independent art house classics such as Revengers Tragedy an Alex Cox film, and I Hired a Contract Killer by Aki Kaurisma.

Margi whose out-going nature blossomed in the cinemas of Kirkby says “”films really stay with you, they have an effect on ya”

Below you can hear Margi sharing her cinema memories from past to present.

“All our Stories – We are the Story” 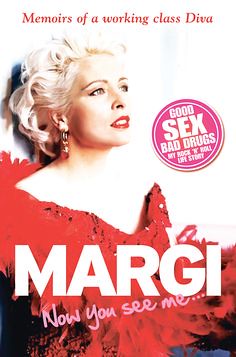