I have known Peter for many years we have an appreciable shared history for the cinema. At 17 I found myself working as a receptionist in the same office building where Peter was the in house reporter.

Sitting alone behind an enormous desk in the cavernous foyer, the only person with a genuine “Hello” for me was Peter. He would often come down to the foyer for a chat.

We have crossed paths many times since then, each time with myself cast in a completely different role to the previous encounter.

And so with this project, “Picture Palace”, it seemed only natural to approach Peter again in the hope of assistance with research.

Peter has since been of immeasurable help and support to this project in so many ways and  accompanied me to meet the projectionist Mike Taylor who worked at the Hippodrome, the Carlton, and the Odeon Cinemas. 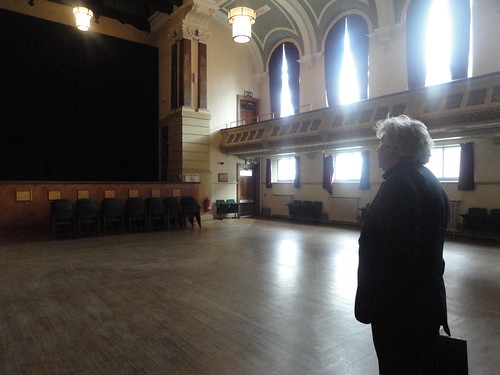